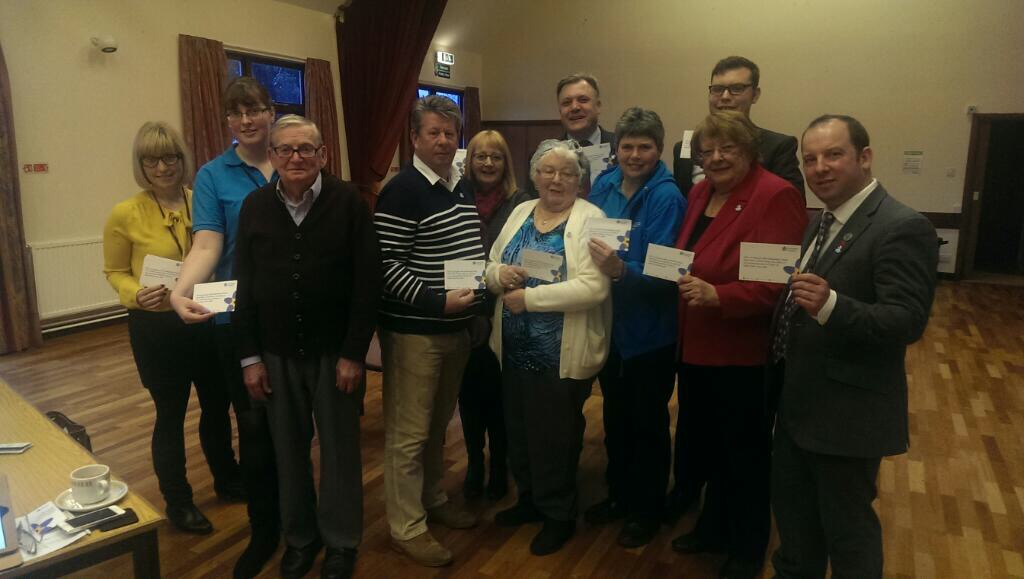 So far, well over 100 Members of Parliament (MPs) and Prospective Parliamentary Candidates (PPCs) across the UK have increased their awareness of dementia by becoming Dementia Friends, including most recently John Bercow MP, The Speaker of the House of Commons.

There has been strong cross-party support for the initiative, with MPs attending Information Sessions run by Alzheimer’s Society-trained volunteer Dementia Friends Champions - and pledging an action which will help those living with dementia in their communities. This activity is part of the UK Parliament’s pledge to become the world’s first dementia-friendly parliament. Since June 2014, Alzheimer’s Society has been working with authorities in Parliament to ensure people with dementia and their families are better supported. There are three key ways Alzheimer’s Society is working to create a dementia-friendly Parliament:

Of the pledge to create a dementia-friendly Parliament, Mr Bercow said:

'It is my hope that the House of Commons leads by example in becoming dementia-friendly, so that people with the condition are respected, welcomed and supported in Parliament and beyond.'

Paul Burstow, Liberal Democrat MP for Sutton and Cheam, has also been working closely with the Society to make Sutton more dementia-friendly. Working with the local office and Sutton Council, Paul encouraged key players in the borough to commit to form a Dementia Action Alliance. The former Care Minister is himself a Dementia Friend and has ensured that the council signs up to rolling out the initiative amongst its staff and service providers.

Guy Opperman, Conservative MP for Hexham joined other people who want to make the area more dementia-friendly for a specially-designed assisted walk and then a Dementia Friends Session in Corbridge where campaigners are striving to turn the bustling village into a dementia-friendly community.

Guy said: ‘I have personal experience of dementia in my family so I have first-hand knowledge of what a devastating disease it can be. With a growing number of people living with dementia in the Hexham constituency, it's more important than ever we all have a better understanding of the condition. I've signed up to show my support for Dementia Friends, and I’ll be encouraging people of all ages across my constituency to do the same too,’

If you’d like get involved and become a Dementia Friend, visit dementiafriends.org.uk