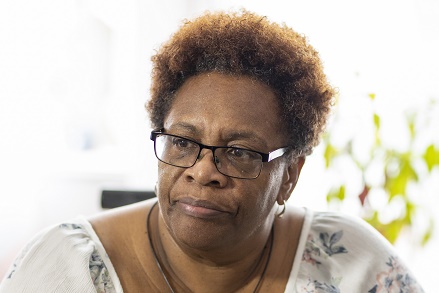 Learn more about what it is like to live with dementia and turn that understanding into action. It’s really easy to do: 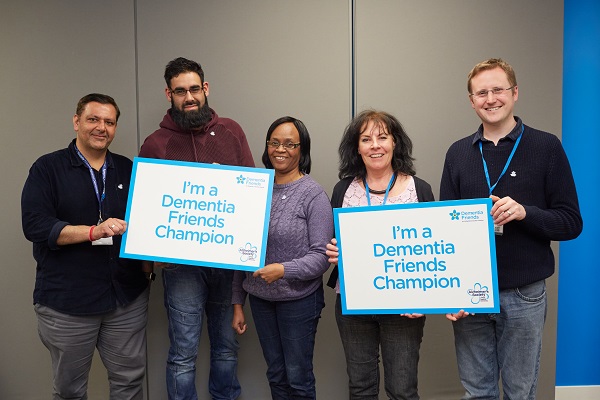 Find out more about what it means to be a Dementia Friends Ambassador and how you can be involved. 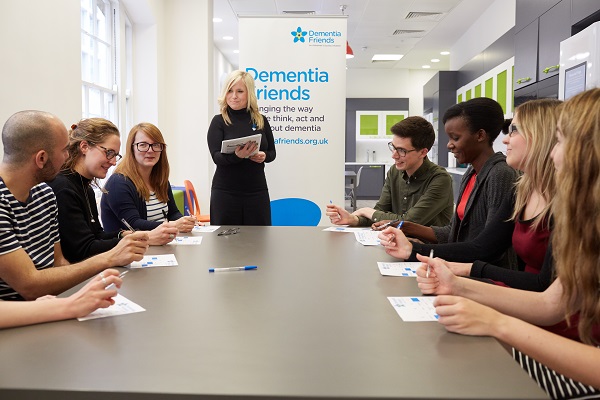 Get your organisation involved

Register your organisation and we'll get in touch to talk through what support and resource are available, how you can create Dementia Friends and what other actions you can take to help people affected by dementia.

Alzheimer’s Society’s Dementia Friends programme is the biggest ever initiative to change people’s perceptions of dementia. It aims to transform the way the nation thinks, acts and talks about the condition.

Whether you attend a face-to-face Information Session or watch the online video, Dementia Friends is about learning more about dementia and the small ways you can help. From telling friends about the Dementia Friends programme to visiting someone you know living with dementia, every action counts. 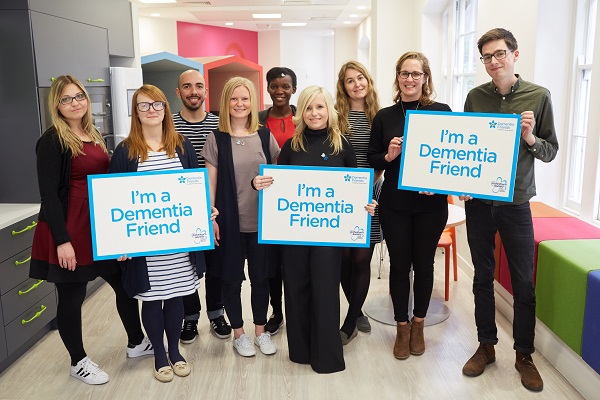 Encourage friends and family to become a dementia friend! Break down the stigmas around dementia! by Georgina Wilson

Spread awareness and correct information so that people living with dementia are included rather than excluded ! by julie izzard

I set up a service to support families affected by dementia and my professional colleagues, to be an advocate, to empower, and influence change and reducing barriers. by Rekha Boodoo-Lumbus

I am going to work to become a dementia friend ambassador. In my working role as a community engagement manager, I will soon be hoping to deliver the training to all of our volunteers and become a key ally in awareness and change. by maraki pocsai

We will be passing on information to anyone who wants to know about dementia and its' effects. by Jan Littler-Mitchell

My personal action will be to make my work colleagues aware of the Dementia Friends initiative and get them to do the training once the organisation has been approved. by Laura Bailo

I have just started volunteering in a day care centre for people with dementia. by Ruth Spicer

Encourage my brother to become a Dementia Friend by Nitika Bhanderi

Encourage the home to become dementia Friends by Kirsty Walker